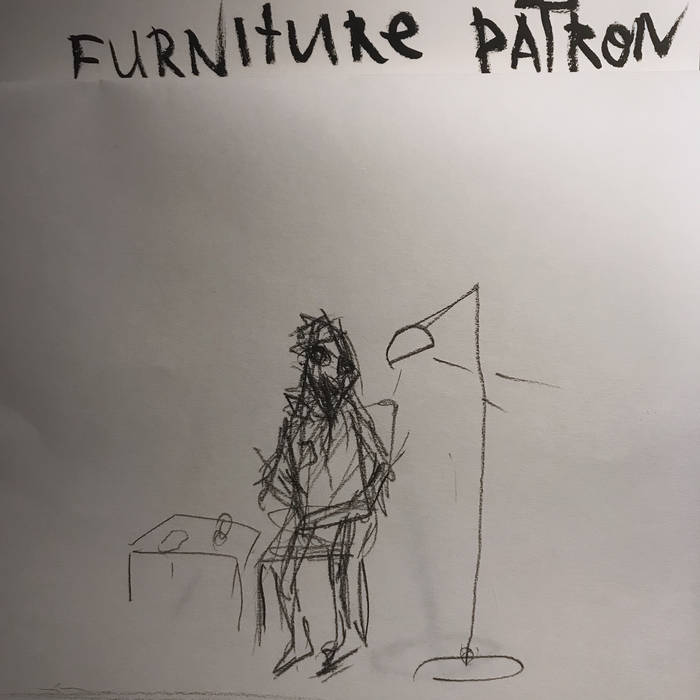 Wrote some thoughts about music i recently spit out. Music piece is called Furniture Patron.

It seems so odd to communicate this way, actually. First of all — i really don’t know who actually see this mash of mistakenly drafted letters. And (even more important maybe) — in which circumstances.

It is hard to describe but i feel so awkward to share some thoughts with you this way. It seems more like a promo, like a marketing. Proper business shit. Or even worse — public diary, which is sounds like something shit-involved too, isnt it?

I want it or should it? Saddest part — I clearly not forced to.

What should i do to create some sort of conversation from it? Maybe for first will be good to proper learn this beautiful colonial language. Is it even possible to read? will know.

So.
As dead-weight i have several hours of music, was recorded fast and no amount of wish to edit it any. Its distracts me from new one, which i am trying to finish or write, while reasons of distraction should be only events, events of good will, which is so hard to find now days. Is it me depressed or you just happy to see me.

While i was in charge of my childhood, here in Russia — was born internet, slow one. Some computer games, if equipment was in your family. Maybe Doom or Doom 2. Some fiction books from different era of different countries. They was properly licked by soviet translator tongues, till started to shine. As your crazy pink panther diamond named Floyd. 60s science fiction, adventures, Gerald Durrell, etc. On tv was Chechnya, couple of terroristic attacks (of course more of it), Grase on fire, soviet comedies, X files, 90s russian pop music, Money for nothing song, several dead journalists, shoted ones.

Than this beautiful time was gone. And now i am sitting here, incredibly fucked-up in this new era, even new century — mash in my head, it consists of someone else grid, asses, snickers, fiction non fiction. Murders around — should i do something with it or never. Common name become proper name — president.

All this is like caviar in a jar — tight, in the grip of images of another's childhood, someone else’s youth.

What i am trying to say is that i have some feeling that i was raised by fake which was not belong to me in therms of time, generation, class, geography, ideology etc.

This gob of music is just concentrated associations with old Gerald Durrell book called Three Singles To Adventure. Really loved it when was a child. Funny little book about travell to the country then known as British Guiana, to collect some fauna. British man. In the jungles. 1954. I was read it in 90s at my moscow suburbs flat. on my couch, which everyone else had the same. It was some wardrobe too maybe?

Now it is 2019, i am thirty, my pocket full of spattered by fingers fucked-ups, and when i see or hear word JUNGLE — my head splits by intersecting parallels. One is about this book i told you above, the other is voice of Alexander Rastorguev, man i know, which was killed this summer in Africa. And all it mixed by fork on plate sound, plate with flowers.

I mean — what all of this, how i suppose to be here, what should i say or feel?
I have a little daughter too. Her name is Alice.

So, again. You could listen it. Love you. Z

Bandcamp Daily  your guide to the world of Bandcamp

Featured sounds by K.Spark and WIZDUMB, plus Basi joins the show to discuss his latest release.